Stephens back in the groove 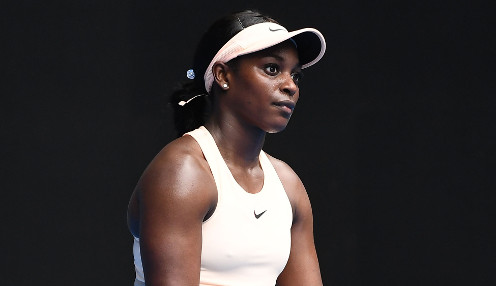 Sloane Stephens feels she has her "groove back" after she reached the fourth round of the French Open with a straight-set victory over Karolina Muchova.

The American ran out a convincing 6-3 7-5 winner to tee-up a last-16 showdown with Barbora Krejcikova in Paris and she is?1/1 for French Open glory this year.

Stephens claimed Grand Slam success at the US Open in 2017 and a year later she followed that up with a run to the final in Paris.

But the 28-year-old's standards have dropped ever since and she has tumbled from third to 59th in the world rankings.

Stephens had failed to go beyond the third round in her last six major appearances, but her victory over the Czech 18th seed put an end to that dreary record.

The Floridian had knocked out world number?10 Karolina Pliskova in the second round and she was equally as impressive in dismissing Muchova, who had reached the semi-finals at the Australian Open earlier this year.

Speaking on court after her success, Stephens said: "I took the time to get myself together, find what makes me happy on court, and find my groove back.

"Obviously results didn't happen right away, but I knew eventually things would connect, and it's nice that since Charleston they have started to come together."

She added: "The consistency of always doing well here has always brought back good memories."

The unseeded Stephens has now reached the fourth round on seven of her 10?French Open appearances and is the only player left in the first quarter of the draw to have gone beyond that stage in Paris before.