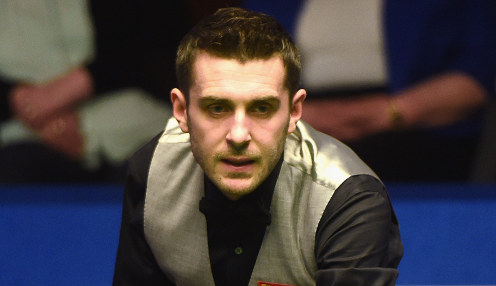 Mark Selby believes he is going in the "right direction" after claiming his fourth World Championship by beating Shaun Murphy 18-15 on Monday evening.

The Jester from Leicester led the 2005 champion 14-11 heading into the final session at the Crucible but despite Murphy's best efforts, breaks of 66, 68 and 120 took him over the line.

Selby's success comes on the back of a mixed season in which he has won both the European Masters and Scottish Open but also struggled for consistency.

However, the 37-year-old's work with Chris Henry paid off in Sheffield, regularly commenting throughout the tournament that the coach has helped him rediscover his mental edge.

After claiming his fourth world crown to move himself level with John Higgins and three behind Stephen Hendry's record of seven, Selby insisted he was far from finished.

Having previously been world number one for four years between February 2015 and March 2019, in which time he won his previous three world titles, he now admits that overhauling Judd Trump as top dog is his goal for the remainder of the year.

"To win it once against Ronnie O'Sullivan for the first time was a dream come true - to win it four times is something I could only have dreamed of," Selby said on BBC Two.

"Every time you get to a world final you always try your hardest - it's such a tough tournament to get there and you never know whether it's going to be your last.

"My aim is to get back to world number one. You still have goals in your career. I'm going in the right direction."

Selby is to win the UK Championship this year, for The Masters 2022 and to repeat his 2021 success at the World Championship 2022.