Murphy vows to fight back 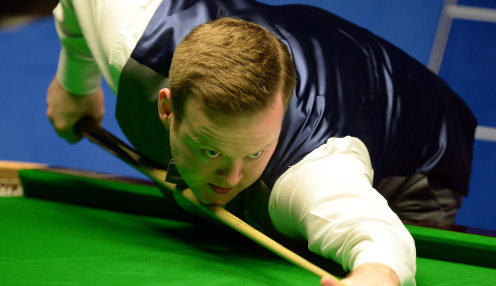 Shaun Murphy says his World Championship final clash with Mark Selby is "a long way from being over", with the Magician 10-7 in arrears following day one.

Selby was in stunning form during the evening session on Sunday, overturning a 5-3 deficit from the afternoon by taking seven of the nine frames on offer.

This match is a long way from being over.

However, Murphy is hoping to take inspiration from his 2005 final success against Matthew Stevens, when he came from 10-6 down to see off the Welshman 18-16.

The Englishman also believes that he showed his powers of recovery in his recent semi-final victory over Kyren Wilson, in which he trailed both 10-4 and 11-6 to his fellow Englishman, before roaring back to claim a 17-12 win.

He told BBC Sport: "Mark was fabulous tonight. From good safety shots I thought I had played, he always seemed to have the answer and potted some outrageous long balls.

"It's a frame easier than in 2005, but in all seriousness I think I have showed in the semi-final I can win when I am down. This match is a long way from being over."

Meanwhile, three-time former champion Selby was taking nothing for granted, despite having been in total command during the evening session.

He added: "I felt a bit edgy at the start - it's a world final and I was trying that extra bit harder and Shaun started off a lot better than me.

"Every final I have been to, I have always felt really tired going into it, but I have dug in today, grafted when I needed to and manged to get myself a lead."

Selby is priced at?1/1 to win a fourth world title, with Murphy 1/1?to claim his second and?1/1 to triumph in a final-frame decider.