Murphy aiming to double up 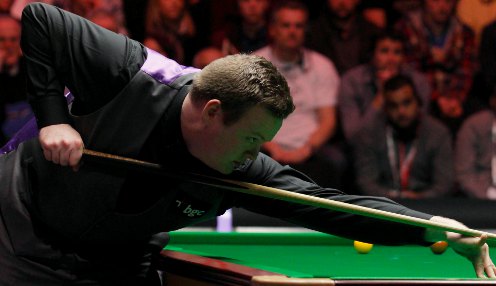 Shaun Murphy is relishing the opportunity to win a second World Snooker Championship title some 16 years after claiming his first.

Murphy produced a fantastic comeback to oust Kyren Wilson 17-12 in the semi-finals, setting up a showdown with Mark Selby - who edged home 17-15 against Stuart Bingham.

I'll be second favourite in the final and that suits me down to the ground.

And Murphy, Crucible beaten finalist in both 2009 and 2015, is excited about the prospect of joining the legendary Alex Higgins as a two-time world champion.

He told reporters: "My game is in really good shape. I have run into people playing out of their skin this season, but this fortnight things have gone my way.

"It would mean the absolute world to win a second title. It would be a thrill to be in that club of players who have won it more than once.

"I'll be second favourite in the final and that suits me down to the ground."

He added: "It feels incredible to get to another world final. All the hours I put in on the practice table, all the sacrifices being away from home and the family - getting to a world final makes it all worthwhile.

"I need to be on top of my game, because Shaun is playing as well as he has for a long time."

Selby is priced at 1/2?to defeat The Magician, with Murphy available at?13/8 to beat the Jester from Leicester, with the match?to need a final-frame decider a?6/1 shot.

Previous Page: No Liga title doubts for Koeman Next Page: Burns ready to put missed opportunities behind him
© HG Sports