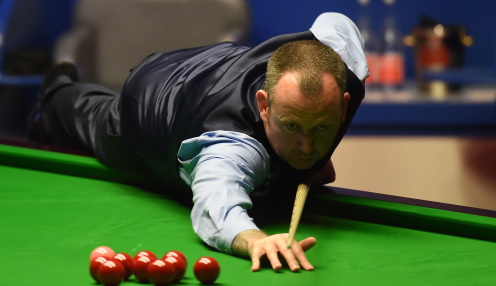 Mark Williams remains doubtful about whether he can win a fourth World Snooker Championship, despite a fine second-round win over John Higgins.

The 46-year-old left-hander eased home 13-7 against four-time former champion Higgins, being relatively untroubled after opening up a seven-frame cushion in the early part of the second session of the match.

I don't think I'm good enough to win the tournament.

However, despite having taken the title at the Crucible in 2000, 2003 and again in 2018, Williams is still uncertain about his ability to be consistent enough to come out on top in such a high-class field.

He?told reporters: "Can I win it? I don't think I can - whoever I play is going to be favourite. I honestly don't care who I play, I'm just enjoying myself.

"I don't think I’m good enough to win the tournament, but I think I'm certainly dangerous enough to beat anyone on my day.

"I played really well all the way through (against Higgins). I potted well, some of the long pots were a bit kamikaze, but most of them went in and that's how I have been playing.

"I am just enjoying my snooker and I am playing the kind of game I did 20 years ago and am loving every minute of it."

Next up for Williams in the quarter-finals?will be another massive test, with the Welshman taking on the winner of the match between another three-time champion, Mark Selby, and Mark Allen.

Williams can be backed at?33333/1 to win the World Championship for a fourth time, while he is available at?18/1 to reach the final in Sheffield.