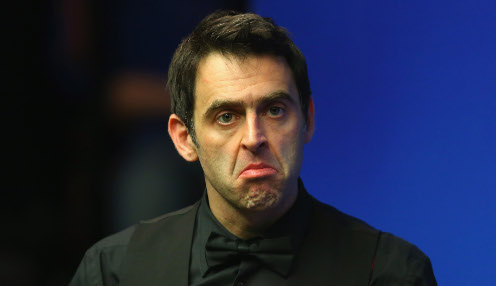 Defending champion Ronnie O'Sullivan is out of the World Snooker Championship after a 13-12 defeat to Anthony McGill in the second round.

O'Sullivan had been bidding for a record equalling seventh title at the Crucible but McGill won six of the first eight frames to take a commanding lead.

The 45-year-old top seed fought back, and led 11-10 and then 12-11 but McGill held his nerve and a break of 136 forced a decider before the Scot booked a spot in the last eight.

O'Sullivan had no complaints after the defeat and he feels McGill can go all the way in Sheffield, after losing in a deciding frame to Kyren Wilson at the semi-final stage last year.

?"He was unlucky to lose in the semi-finals last year and if I had lost to anybody else I would be a bit sore but the snooker gods did the right thing today. I have to lick my wounds and come back again," O’Sullivan told the BBC.

"I am pleased I was able to focus and compete. But you can't pot anything and it wasn't meant to be."

McGill says the victory is one of the biggest wins of his career and he is already looking ahead to the quarter-finals, where he will take on either 2015 winner Stuart Bingham or Welshman Jamie Jones.

He said: "I'm delighted. I played so well this morning and Ronnie just played like Ronnie tonight and I didn't step up.
"I had to wipe the slate clean at 10-10 and I managed to stop the rot to get back to 11 each.

"It's one of my best wins. There's no doubt about that. It's a great achievement to beat Ronnie, but I want to go on and win the next match as well."

McGill is?3333/1 to win the tournament outright.

Wilson leads Barry Hawkins 9-7 in their second round tie and he is priced at?3333/1 to go one better and win the World Championship this year.