Higgins looking ahead after tough start 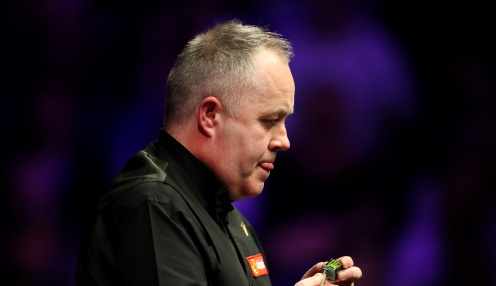 Four-time world champion John Higgins says he will "take the positives" from his 10-7 win over Tian Pengfei in the first round of the World Championships, but admits he was "struggling" to cope with the pressure of the situation.

Higgins arrived at the Crucible showing signs of peak form, having finished runner-up to Yan Bingtao at the Masters before producing scintillating snooker to claim the Players Championship title, where he defeated old foe Ronnie O'Sullivan 10-3 in the final.

However, those results didn't translate to his Crucible curtain-raiser with Chinese cueman Pengfei, and a cagey start had seen him fall to a 7-4 deficit.

But Higgins called upon all his years of previous experience and reeled off the final six frames, which culminated with breaks of 127 and 135, to run out a 10-7 winner.

Speaking after his dramatic comeback, the 31-time ranking event winner said: "I'm delighted to get through, I dodged a big bullet there.

"The first round is always the most pressurised game each year. That is what I always feel. When you get that out of the way, you can relax into the tournament."

Higgins added: "When you are struggling mentally it is tough. I'll take the positives. I finished it off pretty decently with a couple of 100 breaks. I'll try to grasp onto that and get a couple of days practising in."

The Wizard of Wishaw was a second-round casualty at last year's Sheffield showpiece, but he had finished runner-up in the previous three seasons.

Higgins, who will face either Mark Williams or Sam Craigie in the second round, is?17/2 to claim a fifth Crucible crown, with Williams 40/1.