Experience the key for Wilson 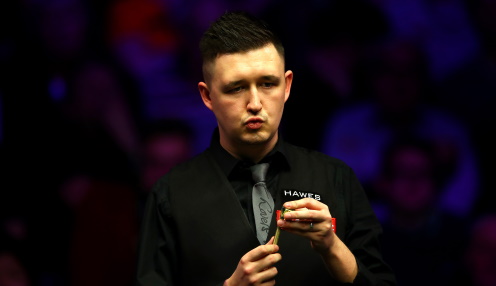 The world number six finished runner-up at last year's World Championship, losing 18-8 to Ronnie O'Sullivan in the final, but he looked destined for an early Crucible exit this time around.

I have adapted to the conditions now and I can look forward to round two.

But having trailed 5-1, the Warrior hit overdrive and won the final three frames of the first session with knocks of 82, 115 and 139 to close the gap to just one.

The 29-year-old also won the first three frames in Monday's evening session to resume control of the tie, before closing out a 10-8 victory over his namesake, Gary.

The Warrior has reached at least the quarter-finals in each of the last five years in Sheffield, making the one-table set-up in back-to-back seasons.

Speaking after his dramatic comeback, Kyren said: "At 5-1 it was looking grim. My years of experience got me through.

"In the past I would have panicked. I know how important momentum can be, and once I had it I held on to it."

The four-time ranking event winner added: "I have adapted to the conditions now and I can look forward to round two. I learned a lot from my run to the final last year and how to look after my body to avoid burning out."

The sixth seed will face the winner of the match between Barry Hawkins or Matthew Selt in round two.

He is?16/1 to go one better from last year and be crowned champion of the world, with O'Sullivan 4/1.