Scotland lose Jack for the Euros 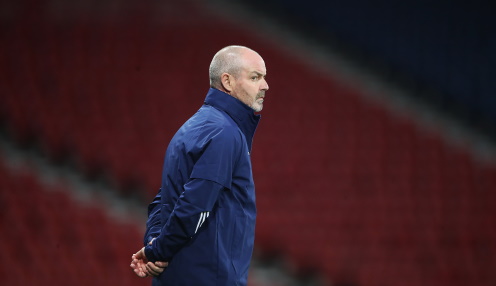 Scotland's Euro 2020 hopes have been hit by the news that Ryan Jack will miss this summer's tournament.

The 29-year-old Rangers midfielder has been struggling with a persistent calf injury and will not play again this season, meaning he will miss the Tartan Army's first major tournament appearance since World Cup 1998.

Jack has made ten appearances for his country and is expected to be fit enough to return to the Ibrox club for pre-season training.

Ultimately his long-term fitness is the most important objective.

His absence is a further blow to manager Steve Clarke after Sheffield United striker Oli McBurnie was ruled out for the remainder of the Premier League campaign with a broken foot.

Clarke could also be sweating on Arsenal full-back Keiran Tierney, who is sidelined for the Gunners with a knee injury.

Scotland start their Group D campaign at Hampden Park against the Czech Republic on 14th June and then face England at Wembley five days later. They then head back to Glasgow to complete the pool section against Croatia.

"I'm hugely disappointed for Ryan as he deserved to be part of our squad for Euro 2020," Clarke said.

"His performances for Scotland have been excellent, not least in the playoff final against Serbia when I thought he was outstanding at the heart of our midfield.

"I know how disappointed he is to miss out on the run-in to a memorable season - both with Rangers and with the national team at a major tournament - but ultimately his long-term fitness is the most important objective for him now."