Duo back for Foxes 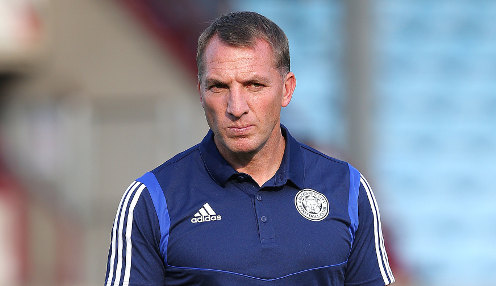 Brendan Rodgers has been handed a double FA Cup semi-final boost with both Caglar Soyuncu and Cengiz Under declared fit and available for selection against Southampton.

The Foxes take on Ralph Hasenhuttl's side at Wembley on Sunday aiming to book the club's first appearance in an FA Cup final since 1969.

Leicester, who have never won the FA Cup but have been runners-up four times, will face the winners of Saturday's other semi between Manchester City and Chelsea, if they see off the Saints.

In his pre-match press conference, Rodgers confirmed that defender Soyuncu, who missed last weekend's Premier League defeat at West Ham United after a late return from international duty with Turkey, has trained with no problems this week.

On Under, who has missed the past four games through injury, Rodgers added: "Cengo will be available. "He's trained with the squad this week, so that's really good news."

Harvey Barnes, however, is still out and, according to Rodgers is still "a number of weeks away" but is "progressing really well" in his recovery from a knee injury.

Leicester remain in third place in the Premier League but they have lost their last two games to Manchester City and West Ham, while Southampton, who are 14th in the top flight, were well beaten by relegation-threatened West Bromwich Albion 3-0 on Monday.