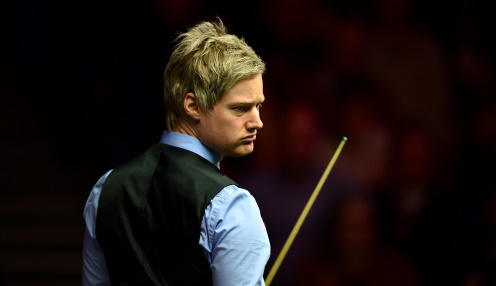 Neil Robertson says he is full of confidence heading into this year's World Championship and is not afraid of anyone at the tournament.

The Australian claimed his first and so far only world title at the Crucible back in 2010 and since that triumph, he has only made it back to the semi-finals once.

However, despite his relative struggles in Sheffield, Robertson has maintained his high standards in other tournaments and he secured the 20th ranking event title of his career by beating reigning world champion Ronnie O'Sullivan in last month's Tour Championship final.

I am not really too worried about who I am playing.

That impressive 10-4 victory has once again led to him being talked about as someone who could claim World Championship glory this year and the Thunder from Down Under is priced at?5/1 to lift the title on 3rd May.

Robertson has been drawn to face former Crucible quarter-finalist Liang Wenbo in the first round this year and he is in the same half of the draw as world number one Judd Trump and last year's beaten finalist Kyren Wilson.

However, the 39-year-old is not concerned by who he will be facing in Sheffield, as he believes he is capable of beating anyone.

"The way I have been playing this season, I am not really too worried about who I am playing," Robertson was quoted as saying by the Belfast News Letter.

"If you ask Liang, he probably won't be too happy about the draw, whereas I am not really too fussed on who I am playing, it is about how I approach the game.

"If I play well, I think I will win. It will be a tough game, but hopefully I will have too much (for him).

"This season I have always played matches on my terms, they have always been aggressive, open games which brings the best out of me."