Heckingbottom hopes for stay of execution 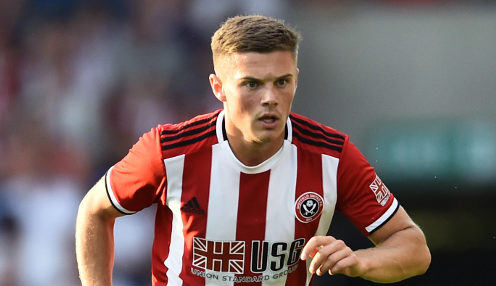 Sheffield United interim boss Paul Heckingbottom is hoping his side can avoid having their relegation from the Premier League confirmed this weekend.

There appears to be a sense of inevitability regarding the Blades' plight, as they sit rock bottom of the standings and a full 18 points adrift of safety following a dismal campaign that has seen them lose 25 and win just four of their 31 top-flight games to date.

Relegation could be confirmed this weekend if United fail to secure a positive result when they visit Wolves on Saturday night and other results go against them.

Heckingbottom, who took over the managerial reins at Bramall Lane last month following the departure of Chris Wilder, admits the club's current situation is tough to deal with, but he hopes they can at least secure a stay of execution this weekend.

"When you're around it all the time, of course it's tough. But you have to be tough in football and get on with things," the 43-year-old said at his pre-match press conference.

"I want the season to go on as long as it can. I can't get my head around looking at things any other way.

"You have to hope. In terms of how you should be thinking and the habits, it shouldn't be any different.

"If the worst thing did happen, those discussions are gone. We don't have to talk about it (relegation) any more then. But, like I say, I want the season to be extended for as long as possible."

The omens do not look good for United, as they will head to Molineux on Saturday on the back of five successive defeats across all competitions, while Wolves enjoyed a morale-boosting late win at Fulham last time out.

The Blades are priced at?19/4 to secure what would be just their second away win of the season in the Premier League, while Wolves are available at 4/6?and the draw is on offer at 5/2.