Smith blasts out of the blocks 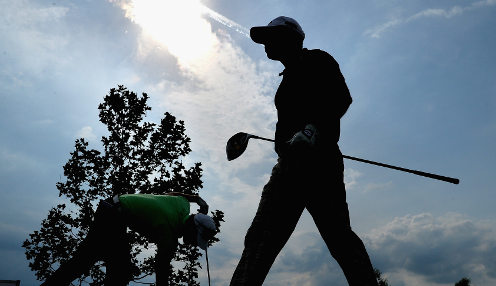 Cameron Smith believes his performance at last week's Masters inspired his flying start to the RBC Heritage at Harbour Town.

The Australian birdied the 17th and 18th holes of his first round to finish with a nine-under-par 62, giving him a one-shot lead over Stewart Cink.

I feel like Augusta really gets my mind going, my creativity going.

Smith arrived at the tournament in confident mood after finishing tied for tenth place in the Masters at Augusta, where he was runner-up to Dustin Johnson last November.

Those efforts, along with his playoff victory at the Sony Open in Hawaii in January 2020, have enhanced the 27-year-old's reputation and he impressed in breezy conditions on the first afternoon at Harbour Town.

The 47-year-old Cink, who won at this venue in 2000 and 2004, appeared to have the first-round lead sewn up after his early 63 but Smith stormed to the top of the leaderboard after a career-best score on the PGA Tour.

Collin Morikawa, who won the 2020 US PGA Championship, is just three shots off the lead alongside England's Matt Wallace while in-form Canadian Corey Conners is five shots back after a four-under-par round of 67.

Will Zalatoris, who finished as runner-up to Hideki Matsuyama on his Masters debut last week, is also in the mix at three under.

Speaking after his round, tournament leader Smith said: "I feel like Augusta really gets my mind going, my creativity going.

"Everything just came together. It was a great day on the greens. I was hitting my irons really good. I had lots of good looks and I just took advantage of them."