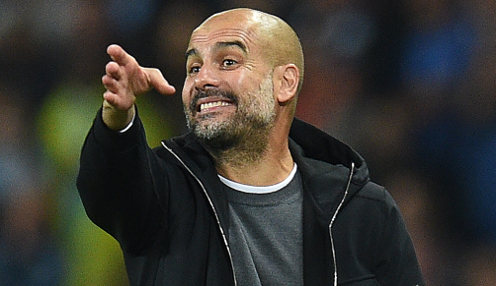 Head coach Pep Guardiola is delighted that Manchester City have reached the Champions League semi-finals but says he and his players "want more".

City defeated Borussia Dortmund 4-2 on aggregate in the quarter-finals to set up a mouthwatering last-four clash with last season's runners-up Paris Saint-Germain.

We know how tough they are. They knocked out Bayern Munich, the best team in the world right now.

Defending a 2-1 lead from the first leg against Dortmund, Pep's men suffered an early setback as 17-year-old England international Jude Bellingham put BVB ahead on the night in the 15th minute.

A 1-0 win for the Bundesliga side would have taken them through on away goals, but the Citizens stormed back into the contest with a penalty from Riyad Mahrez and a 75th-minute Phil Foden goal sealing their progress.

It is only the second time that the Citizens have reached the semi-finals of the Champions League and Guardiola is full of respect for opponents PSG, who beat Barcelona in the last-16 and knocked out holders Bayern Munich in the quarter-finals.

In his post-match press conference, Guardiola reflected on the significance of the win, saying: "For the club, it is so important. We cannot deny it. This competition is tough mentally.

"You are working for ten months and you are judged for one game. For one goal you are out and the season is judged as a failure. It is not fair.

"Of course, we want more. We are going to play PSG, the finalists last year. We know how tough they are. They knocked out Bayern Munich, the best team in the world right now."